After the program, please be sure to complete the evaluation survey: Your input will help us improve.

The "Evaluation Survey" is under the “Certificate” button for this program. 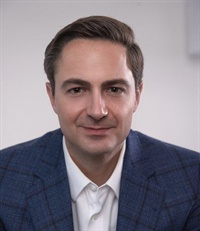 Evan L. Kaine is a principal at Kaine Law, LLC and concentrates his practice on personal injury matters including motor vehicle accidents, dog bite attacks, slip and fall incidents, and wrongful death. Mr. Kaine is an advocate for defending clients’ rights and protecting their interests, and prides himself in making it his primary goal to help families put their lives back together after a tragic event.

Every year since 2009, Mr. Kaine has continued to be recognized as one of Georgia’s Super Lawyers’ Rising Stars where he distinguished himself in 2009 by obtaining the State’s largest premises liability verdict and in 2011 by receiving the State’s largest dog bite verdict.  In 2015, he was certified as a life member of both the Million Dollar Advocates Forum and the Multi-Million Dollar Advocates Forum.  In 2017, Mr. Kaine was selected by his peers as one of the Best Lawyers in Georgia.  In 2018, the American Institute of Personal Injury Attorneys selected Mr. Kaine for inclusion in the 10 Best Attorneys for Client Satisfaction – High Verdict & Settlement Winner.  Also in 2018, Mr. Kaine’s law firm, Kaine Law, was selected as one of Atlanta Business Chronicle’s Best Places to Work (ranked #6 out of 50).

Mr. Kaine has been recognized by his peers as an AV Preeminent attorney and selected as a Top Rated Lawyer in Georgia by The Wall Street Journal. He is member of the Georgia Trial Lawyers Association (GTLA) where he served as a member of the PAC Board and as the 2011-2012 Chairperson of GTLA’s continuing legal education committee. He served as a part-time instructor for 11 years at his alma mater, Georgia State University, and was selected as the Alumni of the Year (2012) for the School of Hospitality Administration.  In 2013, Mr. Kaine was recognized by Georgia State University’s School of Hospitality Administration as one of the 40 most outstanding alumni to represent the University through his stellar professional accomplishments.

Mr. Kaine received his B.S. in Hospitality Administration from Georgia State University in 2000, an MBA and his law degree from Nova Southeastern University in 2003.  He also obtained a Masters of Law Letters (LL.M.) in Litigation and Alternative Dispute Resolution from The George Washington University School of Law in 2004. 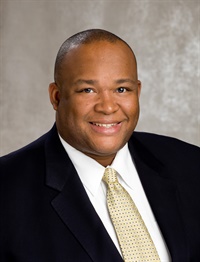 Marcus G. Keegan 02L is an adjunct professor teaching Employment Discrimination. He currently serves as the regional attorney for the U.S. Equal Employment Opportunity Commission’s Atlanta District Office. his appointment as regional attorney marked his return to the EEOC, where he was hired through the Honors Attorney Program after his graduation from Emory University School of Law. He worked as a trial attorney in the Atlanta District office of the EEOC before working in private practice for more than fifteen years practicing mostly in the areas of employment discrimination and wage and hour law. 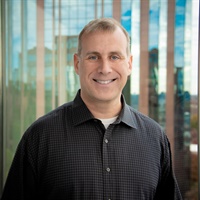 Sam Levy grew up in Columbus, GA & graduated from the University of Georgia in 1994.  He worked at two smaller firms before starting his own firm, Levy Tax & Consulting, in 2010.  Levy Tax & Consulting has grown exponentially since 2010 and is now a thriving 20+ employee firm.  They focus on small business and individual tax returns and tax planning.

Sam is a member of the Georgia Society of CPAs, AICPA.  He has served on the board of Temple Emanu-El and board chair of Camp Judaea in Hendersonville, NC.

Sam and his wife, Andrea, have three children and reside in Dunwoody, GA.

Sam been an annual speaker at the Small Firm Bootcamp for the past 5 years. 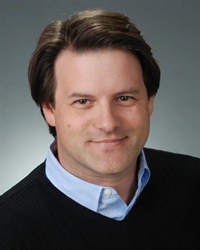 Matt Berke is a long-time Atlanta resident. After moving here at age 11 and graduating from North Springs High School, Matt received his BBA in Accounting from the University of Texas at Austin. After working in public accounting for a short time, Matt realized that he enjoyed the business and operations side of accounting and finance more than working for a CPA firm.

Since taking on his first Controller role for a well-known Atlanta record producer, Matt has consistently progressed as a financial executive and entrepreneur for almost 30 years. He has served as the Controller of a publicly held company, CFO of a successful apparel company, and for the past twelve years has been a self-employed consultant providing CFO level services to small businesses. Matt also has extensive experience with Mergers & Acquisitions and has served as a manager of multiple private equity investment funds.

In his personal time, Matt enjoys playing and listening to music, cooking, playing poker and fishing. He also contributes his time to several community and fundraising initiatives.

David Lefkowitz graduated from Columbia University with a B.A. and earned his J.D. from Emory University School of Law. The Lefkowitz Firm, LLC, represents individuals and corporations in their claims for legal malpractice (legal negligence) and similar claims such as breach of fiduciary duty, executor misconduct and ethical misconduct by attorneys and other fiduciaries. The firm also represents attorneys and law firms with regard to risk management and attorney’s fee disputes. David is an adjunct professor of legal malpractice law, ethics, and risk management at the University of Georgia School of Law and is a frequent speaker at continuing legal education seminars. David has offices in Atlanta, Georgia and Athens, Georgia. 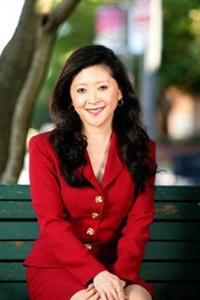 Attorney Liza A. Park has spent about two decades balancing a career in the media and public relations as well as a career as a full time practicing attorney.

As a trial attorney, Ms. Park handles cases involving personal injury including all types of vehicle accidents, slip & fall cases and premises liability.  As a former television news anchor, reporter and producer, Ms. Park has won national awards for her documentary work and several Associated Press awards for her news stories and series pieces.  She also served as the public relations/press secretary/legal researcher for a Senator in the U.S. Virgin Islands, and was an adjunct professor at Florida State University College of Communication teaching television reporting, hosting and interviewing.

Ms. Park has experience practicing in both civil and criminal law.  Formerly she served as an assistant state attorney prosecuting a myriad of crimes from DUI to murder.  She then joined a Florida civil law firm that focused on high profile personal injury and civil rights cases.  There she was both a trial attorney and the director of public and media relations.  While practicing as a full time attorney, Ms. Park also served as a weekend anchor at two different CBS affiliate stations as well as anchored a political show for Florida Public Television.  She is licensed to practice in Georgia, Florida and Alabama.

After moving to Georgia, Ms. Park soon embarked on founding and opening a public charter school.  It is a dual language immersion elementary school called Yi Hwang Academy of Language Excellence or YHALE for short.  Under Ms. Park’s leadership as the governing board chairperson, YHALE has excelled both in terms of academics and growth, and the school is on track to continue its growth projections as planned while maintaining its top academic achievements.

Please be advised that your credit will not be reported to the State Bar of Georgia CLE Regulation Department until after you have completed the steps necessary to earn credit for that program.

Self reporting is required for all other jurisdictions.

The information presented is solely for educational purposes. The opinions expressed by the faculty in their materials and presentations are their own and do not necessarily reflect the opinions of the State Bar of Georgia, its officers, directors and/or employees. The faculty is not engaged in rendering legal or other professional advice and these presentations and publications are not a substitute for the advice of an attorney. All publications and presentations were created to serve the continuing legal education needs of practicing attorneys.

You can find FAQs here.